Philadelphia police have released a video of two people wanted for questioning in the shooting death last month of a beloved West Philadelphia community activist in her Powelton home.

Winifred “Winnie” Harris, 65,  was the acting executive director and longtime volunteer coordinator at UC Green, a nonprofit group that plants and tends trees.

About 8:20 p.m. Feb. 3, officers arrived at Harris’ home on the 300 block of North Holly Street after a neighbor saw an open window in the home, where Harris lived alone, and wondered if something was amiss. There, they found Harris unresponsive in a second-floor front bedroom, with a gunshot wound to her abdomen. Medics pronounced her dead at the scene. 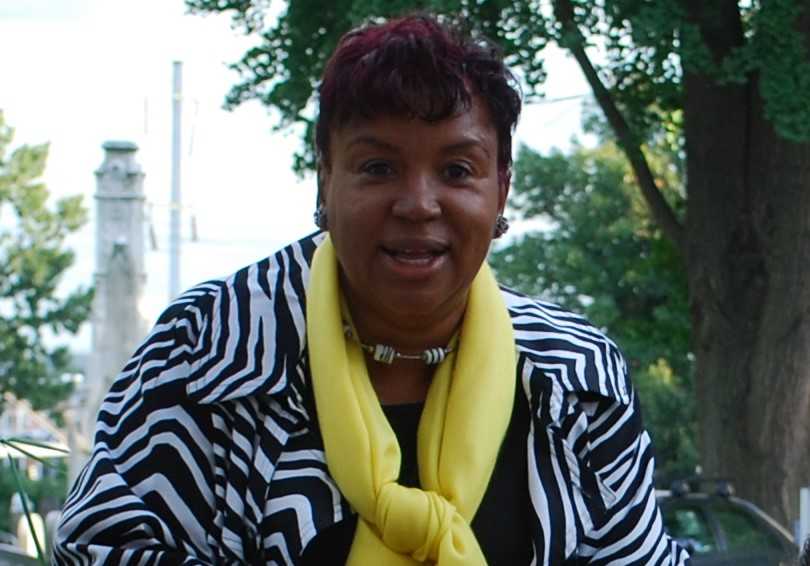 The two so-called “persons of interest” were caught on surveillance video walking near Harris’ home. One man was described as black, of average height and of muscular build. He appears to have bushy hair with a receding hairline, police said. In the video, he appears to be holding a gun in one hand as he runs in an alleyway, then hiding the weapon in his pocket.

The second man was described as being of average build, possibly with facial hair on his chin; his race could not be clearly discerned from the video.

Police have not released a possible motive for the shooting. The investigation is ongoing.

Friends, UC Green volunteers and neighbors have recalled Harris as someone who truly wanted to make the world better, cared about environmental issues, and was involved in the planting of hundreds, if not thousands, of trees in the city.

“Winnie was a well-loved person, a community organizer” who cared about “turning the world green,” said Elizabeth Waring, 66, a close friend and UC Green volunteer. “She was very well-loved. She will be very missed.”

Harris planted trees on her block and many other blocks. She also set up a community garden on her block.

As with any homicide, there is a $20,000 reward for information leading to an arrest and conviction. Anyone with information about the shooting is asked to call the homicide unit at 215-686-3334.