A year after a 54-year-old woman was brutally stabbed and killed in the basement kitchen of a South Philadelphia Vietnamese restaurant where she worked, Philadelphia police on Friday renewed their call for assistance in locating the co-worker who is suspected of killing her.

Noel Ortea Lemus Del Cid, a Honduran national, is wanted in the March 3, 2016, slaying of Thuong Nguyen, who was a chef at Lee’s Cafe & Bistro, at 522 Washington Ave. 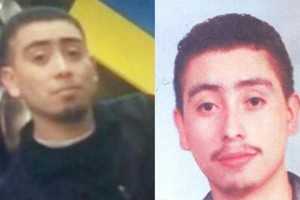 Police have said Del Cid is a Honduran national and is believed to be about 27 years old. They have not said whether he was in this country legally. At the time of the slaying, he lived in a rowhouse on the 1300 block of South Ninth Street, in South Philadelphia, with his wife and other family members.

About 9 that night, Nguyen and “Noel,” as the suspect was known to his co-workers, were in the kitchen preparing food for customers when, authorities allege, he attacked her.


The restaurant’s owner had gone into the kitchen to check on a food order he had placed and found Nguyen lying on the floor, with her throat slashed. Noel was nowhere in sight.

Police have said that there was a violent struggle, during which kitchen equipment was knocked over and fell on the victim’s body.

Police officers who were nearby responded quickly. Medics pronounced Nguyen, of South Philadelphia, dead at the scene.

Noel has been described as being 5-foot-6, with a thin to medium build. He worked in the restaurant field as a kitchen helper and may have had a cut on one of his hands. At the time, he drove a white SUV.