In the middle of a fast-developing town known for its desirable zip-code is a sheep farm believed to be the largest in South Jersey – and you wouldn’t know it’s there.

Little Hooves farm in Moorestown is where a flock of 300 sheep and lambs thrive mostly out-of-sight, inside three sprawling dairy barns that decades ago held cows. The sheep have been there for more than a dozen years. Sometimes they  can be seen on pastures that border a two-lane country road that’s gradually becoming less peaceful.

The farm is among the last in Moorestown.  One reason it survives is the state’s ethnic diversity which drives a demand for the meat, state agriculture experts say. Muslims, Orthodox Greeks, Hispanics, and some Middle East and Asian immigrant communities favor market lamb – especially during the Easter season and other religious holidays.

“Easter is one of our peak times.  But it keeps going with Orthodox Easter, Muslim holidays, and even the Fourth of July when people can roast lamb on a spit or a grill,” said Charlene Carlisle, a part-time Intensive Care Unit nurse at Virtua Hospital, who operates the Little Hooves farm off Centerton Road.

The state had nearly 15,000 sheep in 2012, and was ranked fifth in the nation in the production of market lamb and mutton in 2015, according to the latest U.S. Department of Agriculture figures.  While there has been a nationwide decline in sheep inventory for decades, New Jersey is enjoying a small uptick. Pennsylvania’s market sheep, however, are decreasing. 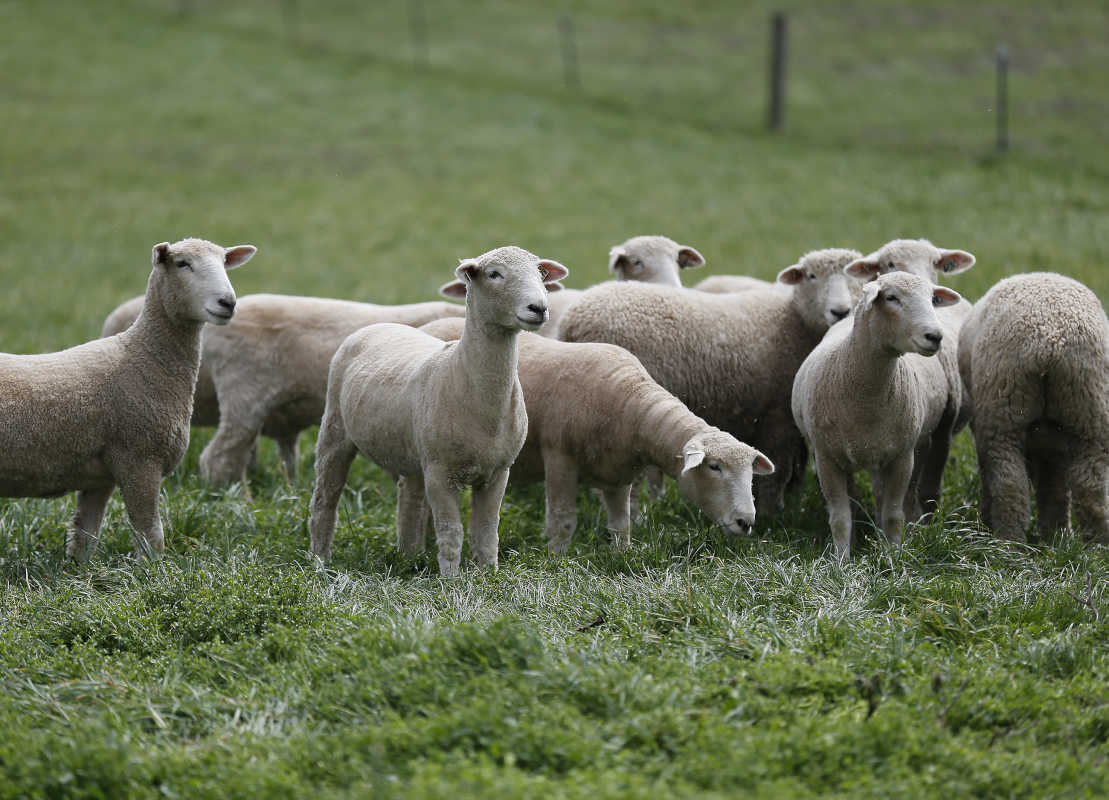 Little Hooves has carved out a special niche in Moorestown as other farms that once dominated the area disappear.  Across the street, workers for Toll Brothers hammer away at a new development of luxury homes, the Mews at Laurel Creek.  On one side of the 250-acre farm is an executive office campus and on the other is a plot of community gardens.

This time of year, the farm is contributing to the bustle.

Consumers can buy market lambs and wool products directly from the doorstep of the farm or from the nearby Burlington County Farmer’s Market.

Carlisle tends to the animals, while her husband, Kenneth, grows mostly hay, soybeans and corn on the acres they lease from county, under a farmland preservation program, and from several land owners.

“I don’t require much sleep,” she said laughing.  Carlisle also said sheep are “fairly easy” to raise since they only need to be fed twice a day and their other care is somewhat minimal.


Carlisle says the new focus on farm-to-fork and fresh, locally-produced meats and vegetables has helped their business grow.  “There’s definitely an increased interest with people wanting to feel connected, wanting to know where their food comes from,” she said, noting she doesn’t give her sheep any hormones.

She sells market lambs to restaurants and to consumers at the farmer’s market and at her farm.

The farm also sells prize-winning sheep for breeding and for so-called “gentleman’s farms” that use small flocks of sheep to get tax breaks. 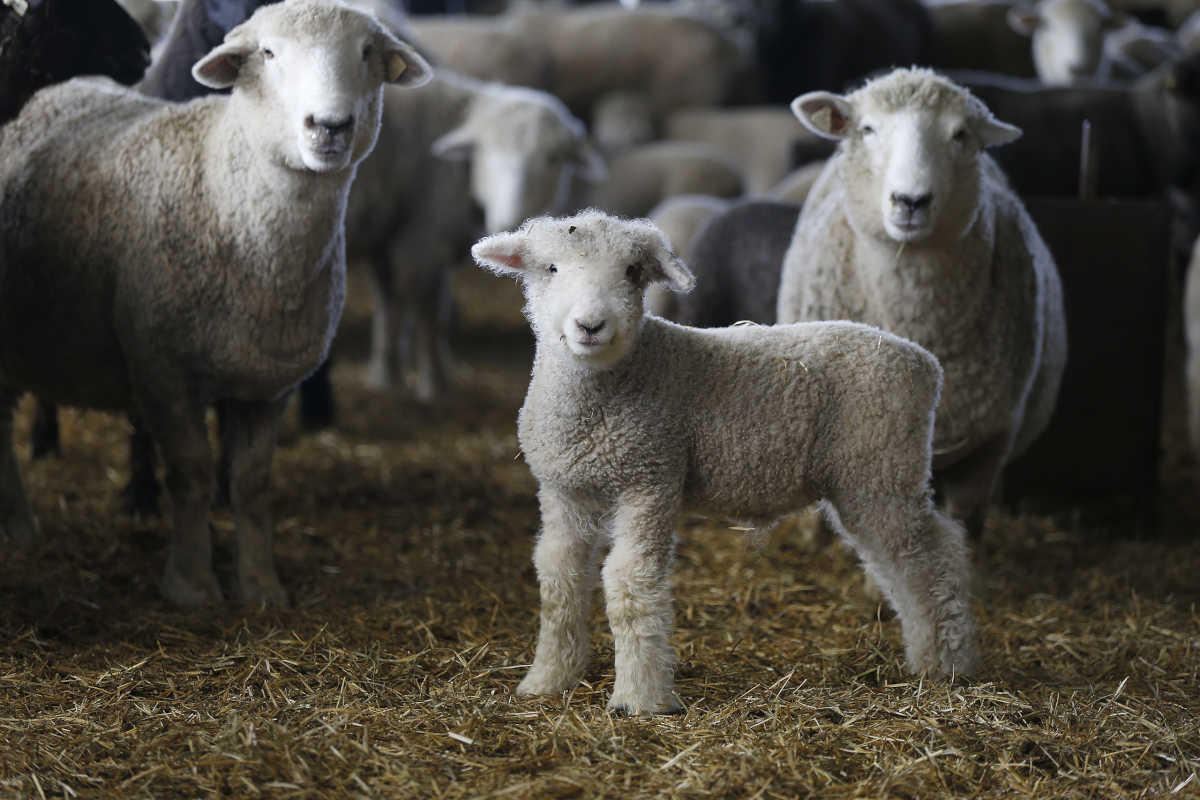 The couple has been farming at this Moorestown site for 30 years, including more than a decade when the couple worked for the Winner dairy farm, which once had 400 Holstein cows on the property.  Now, they only raise sheep, which Carlisle described as more pleasing to residential neighbors who have moved into the area.  “There is less smell and manure since sheep poop is like rabbit poop,” she said.

“We’re probably the largest sheep farm around except for the one in North Jersey,” she said.  That farm, Valley Shepherd Creamery, in Long Valley, Morris County, has about 500 milking sheep used in a commercial cheese operation.

The majority of those farms had less than 25 sheep and lambs.  Only a dozen had more than 100.

Among the smaller ones is the Square Key Farm in Pedricktown, Salem County, which has about 70 sheep and lambs.  “I focus on meat lambs that look nice on the table,” said Ed Hall Jr., the owner.  He supplies a few Philadelphia and Delaware restaurants and sells directly to customers who then take the animals to a butcher.

“I’m not struggling because it’s a unique market,” Hall said.  There also are challenges.  Hall won’t be able to capitalize on the Easter market this year because his ram became sterile and his lambs were born too late.  “I’m not rich, but I’m paying my bills and I’m happy and doing well,” he said.

Dan Wunderlich, a New Jersey Department of Agriculture livestock specialist, said the state had the distinction of being the fifth in the nation in the number of sheep and lambs that in 2015 were slaughtered in federally inspected facilities and marketed.  There were 126,000 animals in that category, up five percent from the previous year.

That number, the latest available, represents sheep raised in the state for meat along with those imported from other states.

New Jersey “has the market, and the population, and ethnic diversity and relies on Pennsylvania, New York, Delaware and Maryland for a supply of live animals,” Wunderlich said.

In 2015, Pennsylvania processed only 61,100 sheep for meat, a 15 percent decrease from the previous year, the USDA reported.  Wunderlich said that state likely exports many of its sheep to states like New Jersey that have the diversity and the customers.

Currently, New Jersey has 13 federally-inspected sheep and lamb meat processing facilities.  Catelli Brothers in Camden is among them.

Wunderlich said a growing number of farmers also deal directly with consumers, who may take the animals to butchers or a non-regulated facility.  Muslims sometimes purchase the lambs and take them to a special halal butcher.


As for wool products, Wunderlich said they provide “less of a boon” because consumers often purchase synthetics and washable fabrics.

Carlisle said her wool is sold mostly to consumers interested in warm blankets and others interested “in getting back to natural fibers.”

She said the county Farmer’s Market, which opened about 10 years ago, has helped give her business a financial boost.   It is open only on Saturdays, in the summer.

“It gives us a way to educate the public,” she said.