After doing business in the heart of Pine Hill for 65 years, Perk’s supermarket is shutting down.

The popular deli department in the store on Erial Road closed a couple of weeks ago; hand-lettered “40% off” signs are taped to the front windows; many shelves are bare.

Inventory remaining after the close of business at 6 p.m. Saturday will be donated to the food pantries of local churches.

And Perk’s has wrapped up its free delivery service for about 30 elderly residents of Shenandoah Village in Pine Hill and Wooster Towers in Clementon, including a hard-of-hearing lady who stopped shopping for herself only after she turned 104. 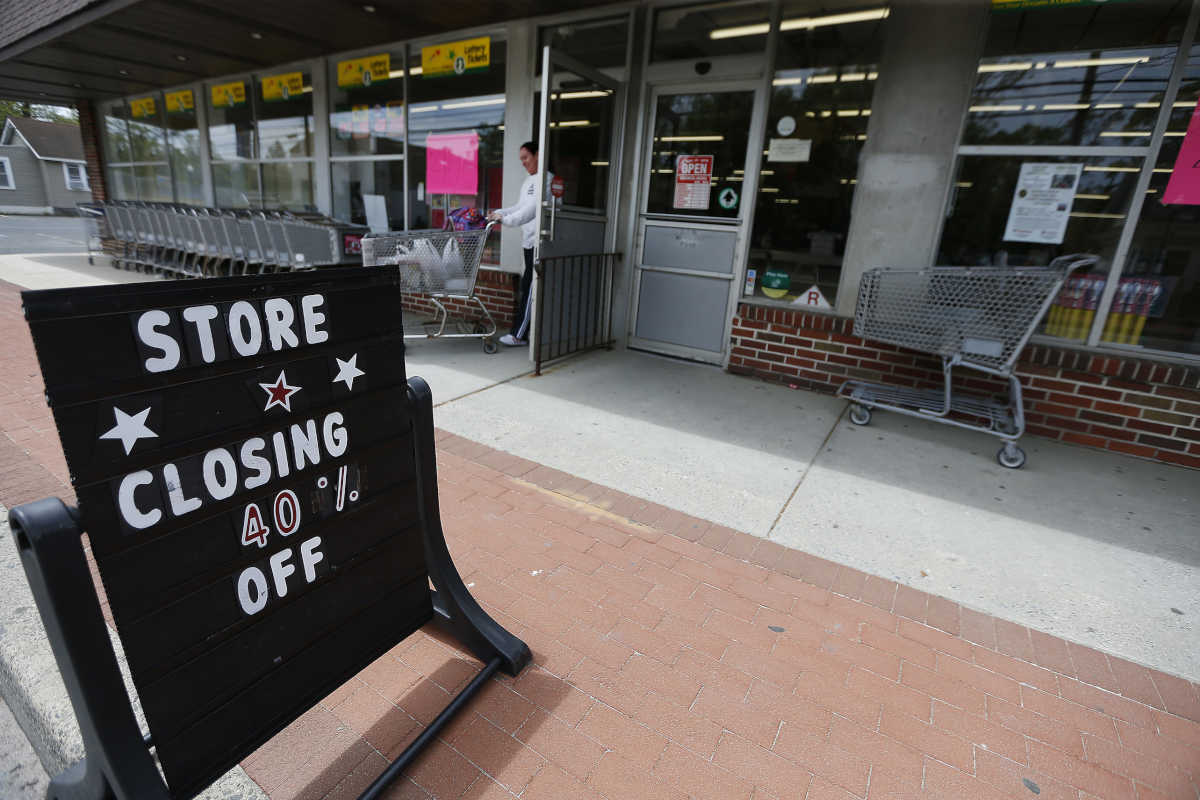 “The big stores are killing us,” owner Jim McCouch, 46, says from behind the counter where his late father, James, taught him how to cut meat. It’s where Jim taught his son James Jr. the trade  as well.

“As a small store, you can’t compete,” notes Jim’s mother Florence McCouch, 75, who’s worked in the front office since 1959.

“Business has been going down for years,” Jim says, citing customers lost to the closure of nearby St. Edward’s Catholic Church and a summer storm that knocked out the store’s power for several days in 2015.

“We tried to get some financial backing to make improvements, maybe put in some hot food, some grab-and-go meals, but everything just kind of fell through, and we just kind of agreed we couldn’t do it anymore,”  adds the Pine Hill father of four, who owns Perk’s with his uncle, John McCouch of Monroe Township.

“It’s a shame. This is a town that’s suffering right now.” 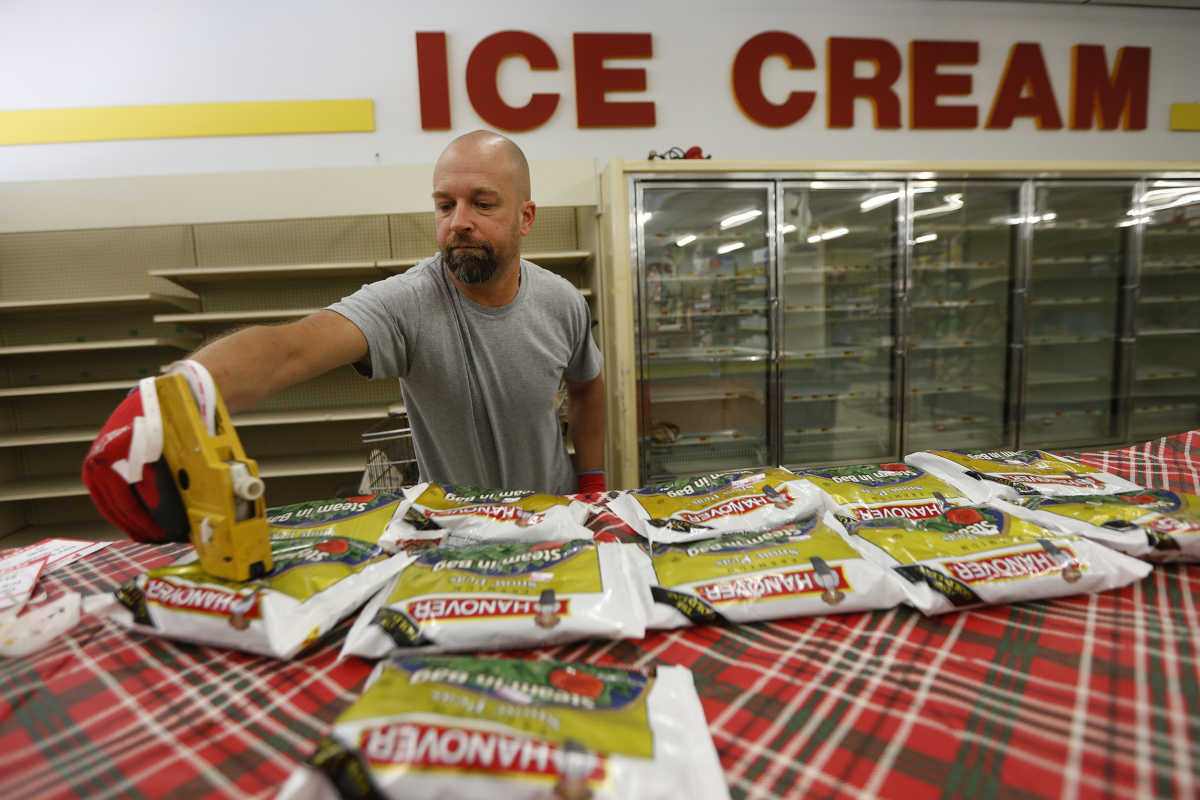 A salt-of-the-earth lower Camden County borough of about 10,500, Pine Hill is home to one of South Jersey’s highest elevations. Wonderful views of the Center City skyline are available from the peak of the Trump National Golf Course, and there are well-kept homes on many leafy streets.

But the picture isn’t as pretty along Pine Hill’s commercial strips. Properties are for sale, vacancies are numerous, and the post office and the St. Edward’s school are long gone.

“It’s not getting better,” says Denise Heriegel, 52, of Pine Hill, one of two part-time clerks still  coming to work to run a single checkout at the front of the store. She describes Perk’s as one of the few remaining “staples of the town.”

Things were rather different in Pine Hill when George McCouch, a Silver Lake Inn bartender everyone called “Perk,” bought a general store called Seidell’s on Erial Road and began operating it with his wife, Esther, in 1952.

George’s nickname “may have been because he was perky,” says Jim. “We don’t know the actual truth behind it.”

By offering more products, including fresh meat, Perks grew into a  sleek, wide-aisled 10,000 square feet of selling space, a typical size for an independent grocery in the days before corporate supermarkets became lifestyle emporia and foodie destinations.

George sold the store to his three sons — Jim’s dad, James, and brothers Tom and John — in 1970. Jim and John bought it four years ago. Under three generations of family ownership, what had been a rural general store selling feed and kerosene was transformed into a community institution. 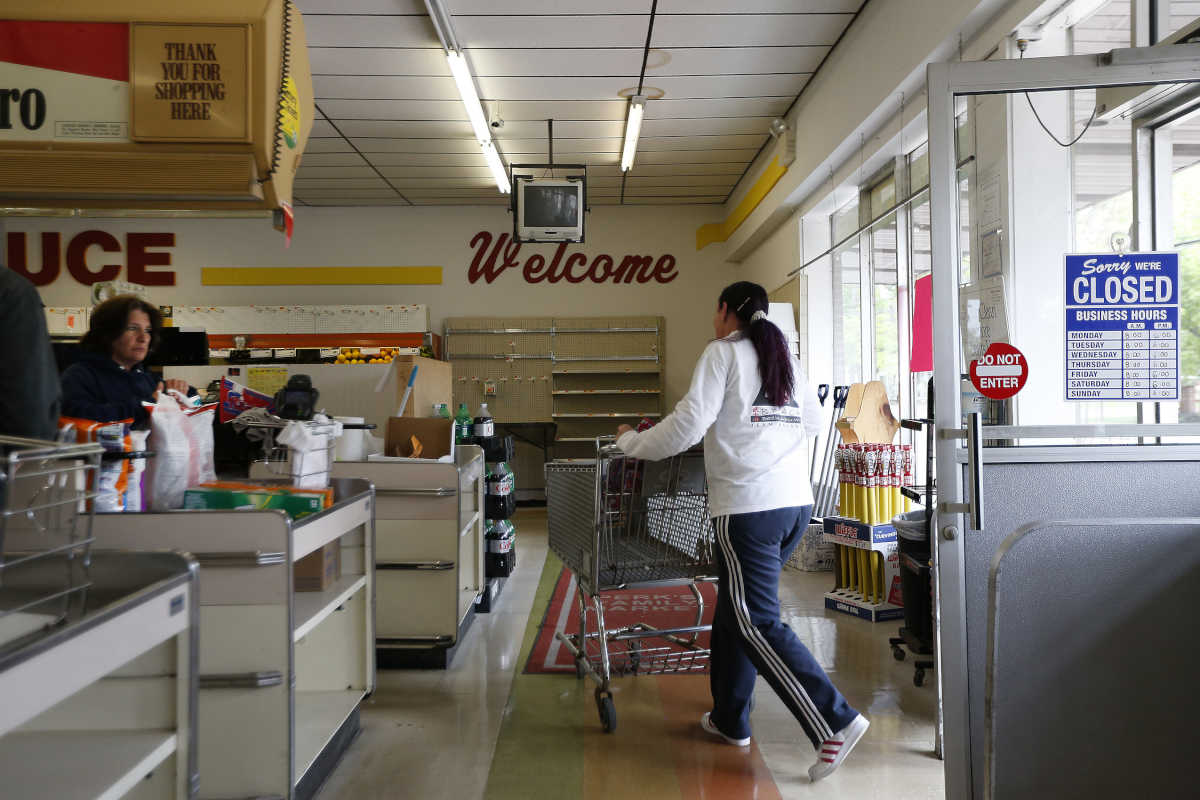 Perk’s was a regular stop for seemingly everybody in Pine Hill for decades, a place kids could walk or bike to, and where the butcher knew just the cuts you preferred. The employees — there were about 30 when business was good — were people you knew; nearly all of them lived in Pine Hill.

“I grew up two doors down from St. Ed’s and two blocks from Perk’s,” recalls Kevin McElroy, a former newspaper colleague of mine who’s 69 and now lives in Stratford. “I was an altar boy but went to Perk’s more than I served Mass.”


An oldies radio station echoes through the tidy but forlorn aisles during my visit earlier this week, where I find Lisa Thompson filling  a cart with soda, crackers and other packaged goods.

“I live across the street, and I do all my shopping here,” the 52-year-old waitress says. “I’m going to miss this place a lot.”

So will members of the McCouch family.

“We had some real good times here,” says Florence. A widow since 2001, she adds that some of her fondest Perk’s memories are “working with my husband.” She and other family members also thank the community for its support.

But saying goodbye to Perk’s, and to its loyal shoppers and employees, is tough.

The last few days, Jim says, “have been like a cry-fest.”