The past couple of weeks have been an emotional whirlwind for Rebecca Kolk McCorkle and her family.

Her sister, Michelle Kolk, was run over by a police car backing up in reverse in a Kensington park. The officers were then seen in a video captured by a bystander carrying an unconscious Kolk, 40, by her arms and legs — her body dangling —  from the paved pedestrian-and-vehicle path several steps back to the police car, before they rushed her to Temple University Hospital.

Kolk, of Northeast Philadelphia, died a week later at the hospital.

“Her neck was dangling,” McCorkle, 38, of North Carolina, said during a phone interview last week. “They just put her lifeless body in the back [of the police car] and just hoped for the best.”

It about 4:25 p.m. April 18 when the two police officers rushed to their cruiser, which was parked on a path for pedestrians and authorized vehicles in McPherson Square, near F and Clearfield Streets. They were in the midst of conducting an investigation and were trying to stop someone, police have said, when the driver of the cruiser reversed and ran over Kolk. 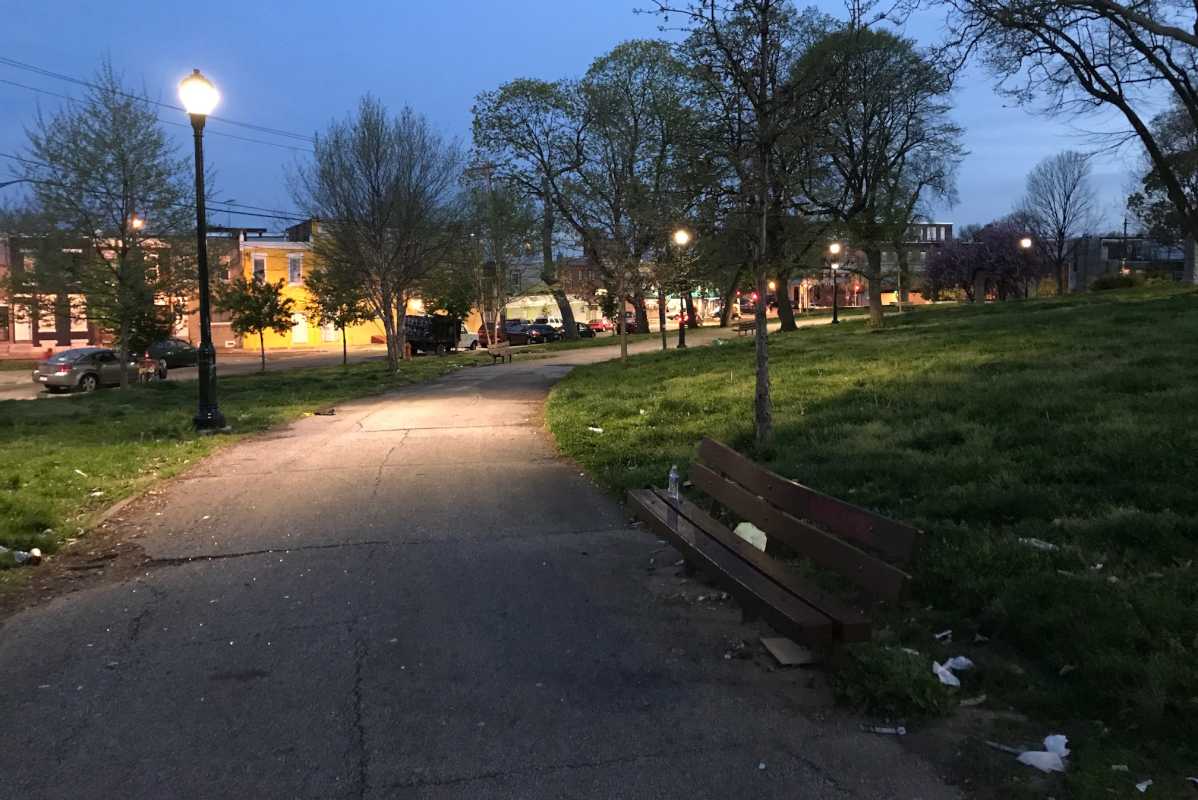 In a video taken by a bystander, and obtained by 6ABC, the officers are seen carrying Kolk afterward and putting her in the back of the police car.

McCorkle believes the officers should have called and waited for an ambulance.

“She was without oxygen for 15 minutes. All of that time, she had brain damage,” McCorkle said, adding: “In my opinion she died because of the brain damage and her heart just gave out. It’s the way they treated her. It was unacceptable. You don’t treat someone like that.”


He also said he could not speak about why the officers decided to put Kolk in their car rather than wait for an ambulance, but said he believed “their intention was to get her to advanced medical care as soon as possible.”

He has declined to say what the officers were investigating in the park. Kolk was “an innocent bystander,” he has said.

The two male officers with the 24th District remain on full duty, Kinebrew has said, but the one who was driving, a 17-year veteran, has been placed on non-driving status at his commander’s discretion.

After Kolk was taken to Temple, police went to the Fox Chase home of Denise Dietrich, a sister of Kolk’s boyfriend, because Kolk had an item in her purse with Dietrich’s address on it, Dietrich has said.

Dietrich went to Temple that night, then called Kolk’s father, Jerry, who lives in Florida part of the year, to tell him the heartbreaking news. Jerry Kolk then called McCorkle.

“He told me she got hit by a cop and was in critical condition,” McCorkle recalled. “At first, I kind of didn’t believe him. [Then,] I lost it. I prayed that God wouldn’t take her from me. She was my best friend.”


Over the next hours and days, family members rushed up to Philadelphia to see Kolk.

“Everything in her body was broken — both of her hips were broken, her ribs were cracked, her pelvis fractured,” McCorkle said. “Her right wrist, hand was broken. A couple of bones in her neck were fractured. Her ear was half ripped off. They had to sew half of her ear on.”

“The hospital said she couldn’t hear us. But there were times her eyes would move, her eyelids would flutter,” McCorkle said. At one point, McCorkle said she asked her sister to squeeze her hand and she believed she felt something back, but realizes it might have been a twitch.

Still, she said, she believed her sister realized they were there.

The sisters, who also have two older brothers, grew up partly in Bucks County and partly in Florida. Kolk graduated from Neshaminy High School, McCorkle said. Afterward, she worked as a customer-service manager for a furniture-rental company.

Most recently, Kolk was living with her boyfriend of about a year, in Northeast Philadelphia. She had a seven-month-old daughter, Shyanne, with him, and another daughter, Christina, 7, from a previous relationship. 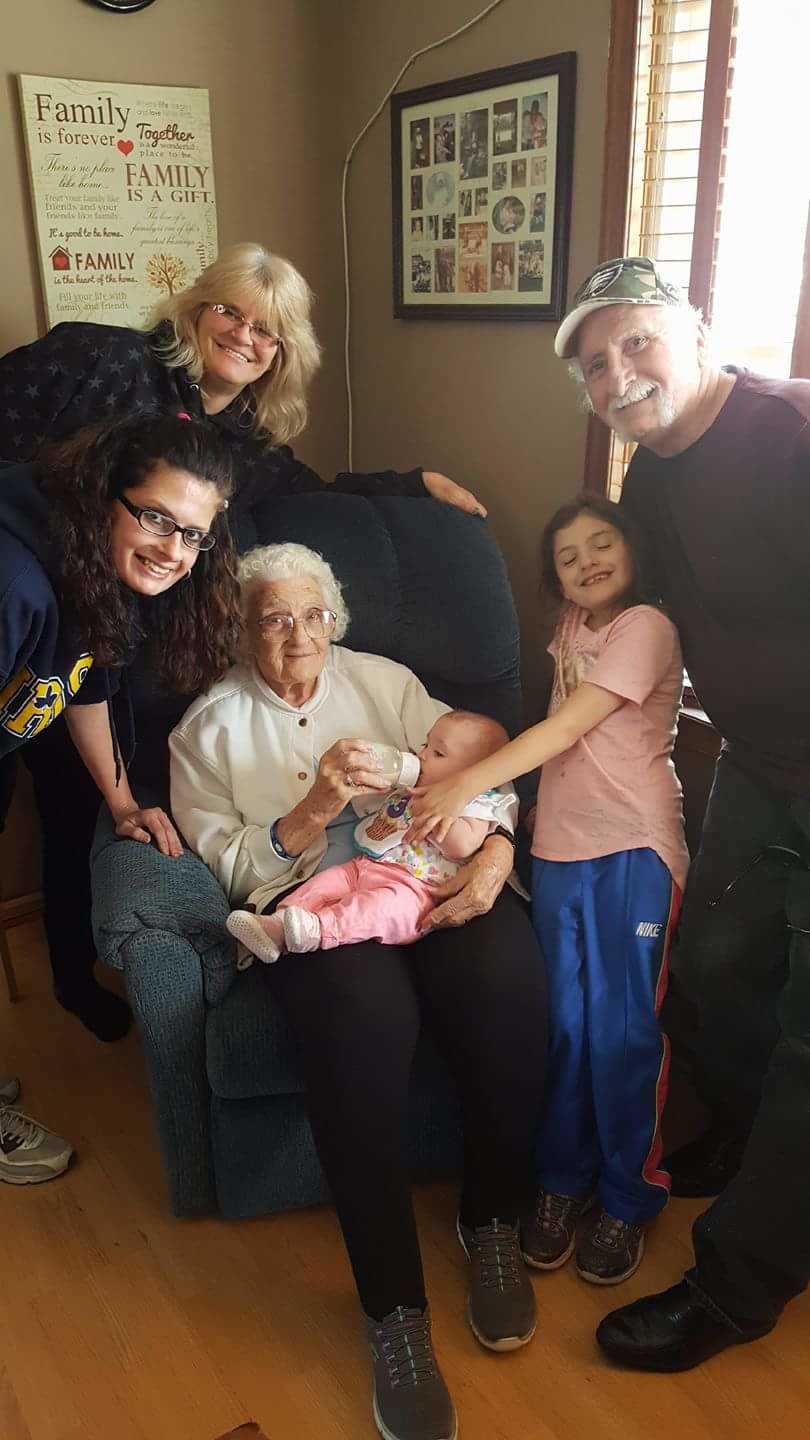 “She was an amazing person,” said McCorkle. “She had a big heart and she would do anything for anyone.”

“I just want people to know she was a great person. Obviously, God had other plans for her.”