• In his lone season at Washington, Fultz exhibited plenty of promise. Used at the second-highest rate of any player in the Pac-12, the guard posted the conference’s highest rookie scoring average in 20 years. He ended the collegiate campaign as the country’s most prolific freshman, and sixth-leading scorer overall.

• As potent as Fultz proved to be (he reached the 20-point mark 17 times, and had five 30-point games), he stood out in other statistical areas as well. The 18-year old (his birthday is May 29th) paced all Pac-12 players in assist percentage (35.5), and ranked fourth in steals per game (1.6). Quick and athletic, Fultz also managed to get to the free throw line frequently, closing the year seventh in his league in made foul shots. He excelled as Washington’s primary ball-handler in pick-and-roll sets, manufacturing more than 1.0 points per possession.

• Fultz, a native of Upper Marlboro, Maryland, is the latest prospect to emerge from the proven DeMatha Catholic pipeline. The high school has long been regarded as one of the elite programs in the state, and counts among its recent alumni current pros Victor Oladipo, former Sixers forward Jerami Grant, and Grant’s older brother, Jerian. Of note, Fultz didn’t join DeMatha’s varsity roster until his junior campaign, when he broke out and exploded onto the national scene. He went on to participate in the Nike Hoop Summit, Jordan Brand Classic, and McDonald’s All-American Game before heading to Washington.

According to an SI.com story from April, Washington, D.C.-area AAU coach Keith Williams has served as a trusted mentor to Fultz for much of the youngster’s life. Williams, per the article, also boasts long-standing ties to the likes of Kevin Durant, DeMarcus Cousins, Steve Francis, and Allen Iverson.

Back in April, Fultz – pictured in the center of the photo below – sat courtside for a Sixers’ home game against the Brooklyn Nets. 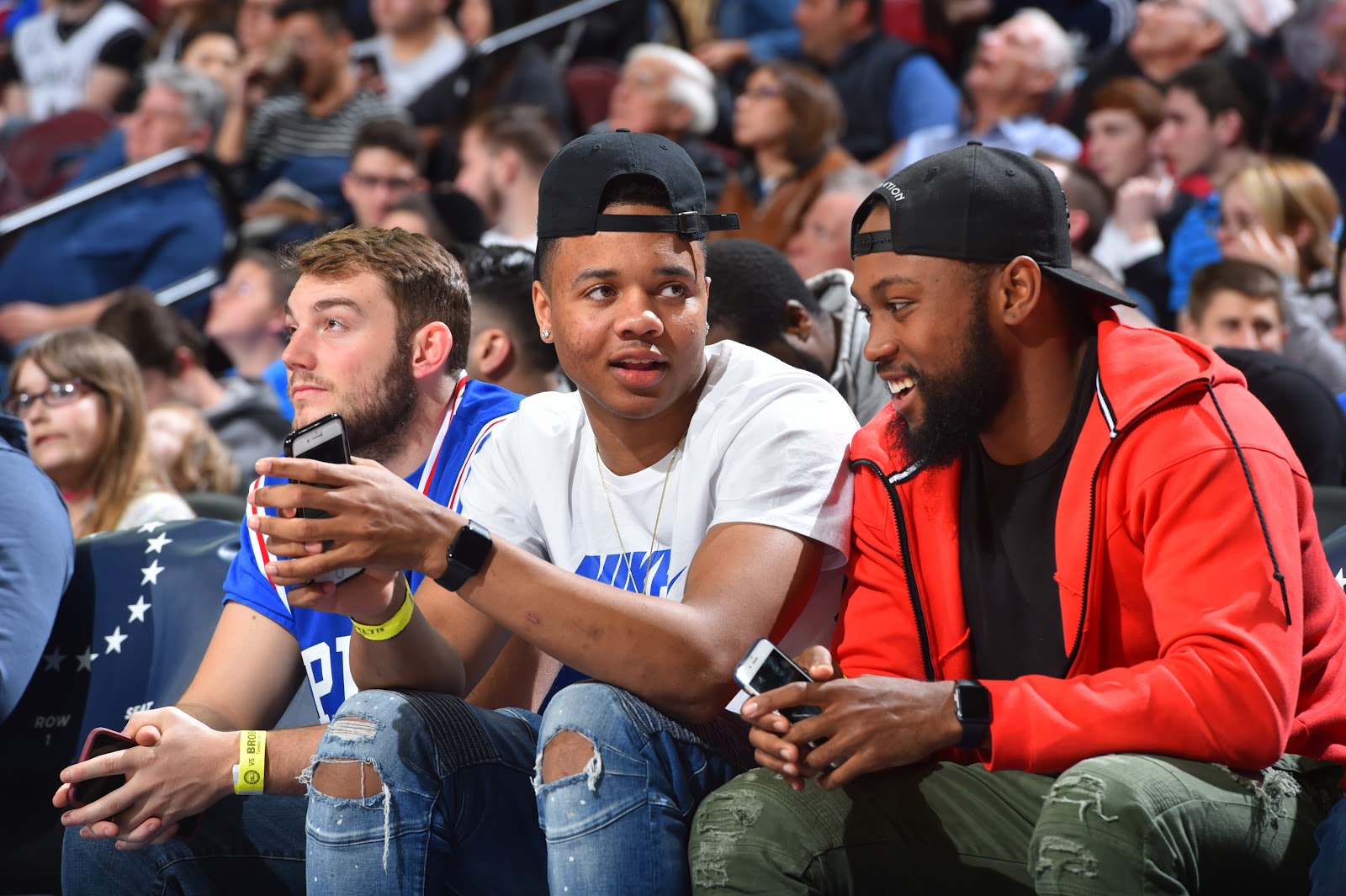