A tree will be planted on Saturday in memory of a beloved West Philadelphia community activist who was shot and killed in her Powelton home two months ago.

UC Green, a nonprofit organization that plants and tends trees, will be planting a tree on Earth Day in Clark Park in memory of Winnie Harris, who was its acting executive director and longtime volunteer coordinator.

The planting will be part of a larger “Earth Month” event, led by the Pennsylvania Horticultural Society and its partner organizations, which will plant 831 trees in the city and surrounding counties from Friday to Sunday. 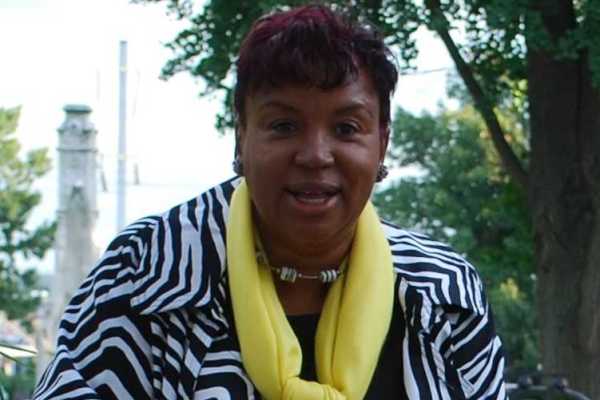 No arrests have been made, and the motive behind the shooting remains a mystery.

Philadelphia police have released a video of two suspects who were caught on a surveillance video walking in a back alleyway of Harris’ home in the overnight hours into Feb. 2.

One man was described as black, of average height and of muscular build. He appears to have bushy hair with a receding hairline, police have said. In the video, he appears to be holding a gun in one hand as he runs in the alleyway.

The second man was described as being of average build, possibly with facial hair on his chin; his race could not be clearly discerned from the video.

A member of Harris’ family said Tuesday that the two men, whom she didn’t recognize, were believed to have gotten into the home by climbing onto the back kitchen roof, then opening the second-floor bathroom window.

Nothing appeared to have been taken from the home — not Harris’ wallet nor her iPad — and the men appeared to have left the way they entered, said the family member, who did not want her name published.


Police were alerted to the home after a neighbor saw that Harris’ second-floor front bedroom window was open on a cold February day, and wondered if something was amiss.

Mindy Maslin, project manager of the Tree Tenders program at the horticultural society, said Harris had volunteered with that and other programs at PHS before she joined UC Green.

“As a volunteer, she worked tirelessly and she was meticulous about her work,” Maslin said Tuesday.

As the acting executive director of UC Green, Harris “really pushed forward the effort to plant hundreds of trees” in the city, Maslin said. “It wasn’t just the planting. … She was a mentor in the best of all ways,” she added, recalling that Harris considered as her “baby” the Green Corps youth program at UC Green, which provided local high school students environmental education and leadership training.

Volunteers with UC Green plan to meet at about 9 a.m. Saturday on 41st Street, near Baltimore Avenue, then walk toward the area of Clark Park near 45th Street and Chester Avenue for the tree-planting ceremony, to take place at about 10 a.m.

UC Green will also be planting 30 other trees in the University City/West Philadelphia neighborhoods on Saturday.


Its 31 trees will have purple ribbons tied around them in Harris’ memory. Purple was her favorite color, Maslin said.

Trees being planted in different neighborhoods across the city will also have tags on them in Harris’ memory, Maslin said.

The tag says: “This tree was planted in honor of Winnie Harris, celebrating her tireless passion for a greener Philadelphia.”

Anyone with information about the suspects is asked to contact the homicide unit at 215-686-3334. As with all homicides in the city, there is a $20,000 reward for information leading to an arrest and conviction.