Mary Previte has spent most of her life gathering memories from her heroic rescue from a Japanese prison camp during World War II.

She has collected letters and stories and tracked down the seven men who liberated her and 1,500 others in 1945. Her travels have taken her around the world and she has shared the story more times than she can remember.

Now at age 84, the Haddonfield, N.J., resident plans to give up a cherished piece of a silk parachute that has come to symbolize the daring  rescue executed from a B-24. It was cut from a parachute that the men used to land at the camp in Weihsien in northeast China. 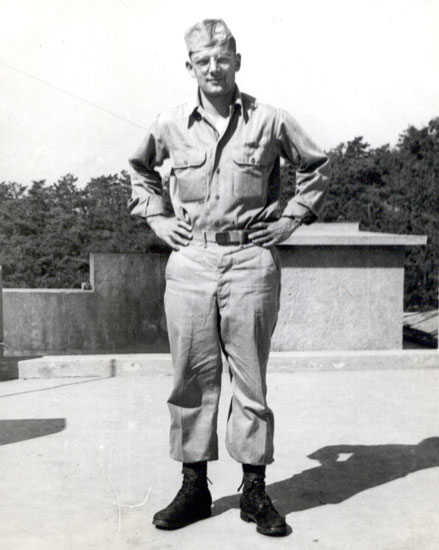 Previte was given the piece of silk in 1997 by the widow of Peter Orlich, the radio operator on the mission. Betty Lambert, a young British woman who was also held captive at the camp and was smitten with the handsome young American, gave the parachute to Orlich before he left the camp in the fall of 1945, Previte said.

“For twenty years, I’ve shared this treasure with thousands of people. People in churches, in veterans’ groups, civic groups, Scout groups, have seen it. School children have touched it, and it has touched them with its story. Some have wept,” Previte said in an interview.  “I will not live forever. It is time to send it home — let this piece of parachute silk tell its story.”

Previte wants to return the piece of silk to Orlich’s oldest son, Robert. Peter Orlich’s widow, Carol, who had kept the silk for years in a dresser drawer in their home in Queens, N.Y., died in 2015.

“I would be happy to take it back. It was probably the one item that meant the most to us with respect to my father,” Robert Orlich, a retired CEO for Trans Atlantic Holdings which is now Transre, said in an interview Tuesday. “We’re eternally grateful to get the parachute back.”

The Museum of American History at the Smithsonian displayed the piece of parachute silk for 12 years along with other artifacts from the prison camp. The museum returned the parachute to Previte last summer for preservation reasons. Textiles, especially silk, are susceptible to light.

Previte said getting the parachute back was what prompted her decision to return the silk to the Orlich family. It also took her on a nostalgic trip down memory lane, looking at old photographs and reading stacks of old letters from her rescuers and their relatives. The parachute is in her living room.

Previte said she wants to preserve the treasures and history of the rescue for generations to come. She has copied some materials to share with the grand children of her liberators. She may write a book, too.

“My search for the whole story of our Weihsien heroes will die only when I die,” said Previte, of Haddonfield. “Who will love these treasures as I do?  They are my story, too.”

They rescued Previte, who was 12, her grandfather, her three siblings, and about 1,500 others who had been imprisoned at the camp. Her family spent nearly four years there in captivity.

The Japanese army captured the school in China’s Shandong Province shortly after the Dec. 7, 1941, attack on Pearl Harbor. About 200 students and teachers, mostly Europeans, were sent to the prison camp.

Previte ‘s missionary parents had left her and her siblings at a boarding school in China in 1940. The parents resumed their work until the end of the war.

When the U.S. rescue planes arrived, the captives had no idea that the Japanese had surrendered and the war was over. The jubilant prisoners pushed past Japanese guards. They were eventually evacuated by U.S. planes.

After the liberation, the former captives were reunited with loved ones and settled around the world. Many have died, as well as all but one of the liberators.


Robert Orlich said his father  seldom talked about the risky Weihsien mission, one of many for Peter Orlich who was assigned to parachute behind enemy lines to set up radio contact for U.S. troops.

“My father was very humble,” said Robert Orlich, 69, of New Canaan, Conn. “He very rarely bragged in any way about his freeing of these people in the prison camp.”

A former state assemblywoman, Previte spent years locating the seven liberators, who were commissioned by the Office of Strategic Services (OSS), forerunner to the CIA.  In 2015, she tracked down the last one,  Wang Cheng-Han, who was the Chinese interpreter for the liberation team. He is the only surviving member of the crew.

Now she is on a mission to learn more about the embroidered silk parachute pieces. She has identified at least two other pieces in existence and there may be more scattered around the globe, she said.

The interpreter, known by Previte as Eddie Wang has told her that he has an embroidered parachute piece, given to him by a Greek girl shortly after he arrived at the camp. A woman in Prescott, Arizona, also has a framed piece embroidered with gold thread by her sister that she takes out on the liberation anniversary.

Previte believes that is unlikely that the same person who made the piece given to her by Carol Orlich also made the others. She believes that a pattern was passed around the camp and other prisoners copied the design.


Leopold Pander, who was also held at the camp with his family, said every prisoner was given a section from red parachutes that were used to drop supplies from U.S. planes to the camp a few days after the liberation as a keepsake. Women in the camp also used the parachutes to make clothing for the former detainees who were wearing rags after years in captivity, he said.

“Since that day, the red parachute is preciously kept by our family and goes wherever we go,” wrote Pander, who lives in Belgium. “The new generation is now the rightful owner of this very sentimental object and it will stay in the family for still many years to come.”

The piece of unfinished embroidery given to Previte bears the scene of the liberation – the B-24 flying over the camp and the rescuers parachuting down. Each team member autographed the silk: Stanley Staiger, the mission’s commanding officer, Tad Nagak, James Moore, James Hannon, Raymond Hanchulak, Orlich and Wang.

Only the first name was completely embroidered. The edges of the piece of silk were somewhat jagged, suggesting that there were plans possibly to frame it. Orlich and the crew left the camp abruptly and Betty Lambert gave it to him unfinished as a parting gift.

Previte said she plans to give the parachute piece to Robert Orlich as is.


“It needs to be exactly like this. It should tell it’s own story,” she said. “I  weep as I remember.”