It started with a few bones unearthed at an Old City construction site.

Then it was a box full. And as digging continued, more bones turned up, and then more.

The developers called for help.

In came researchers from Philadelphia’s Mütter Institute. And in came Kimberlee Sue Moran, a forensic archaeologist from Rutgers-Camden. In came a crew of volunteers with forensic specialties from across the region.


“We just started getting more and more coffins,” Moran said. “We thought this was maybe an isolated patch, a few people that were left behind, but there was just more and more.” 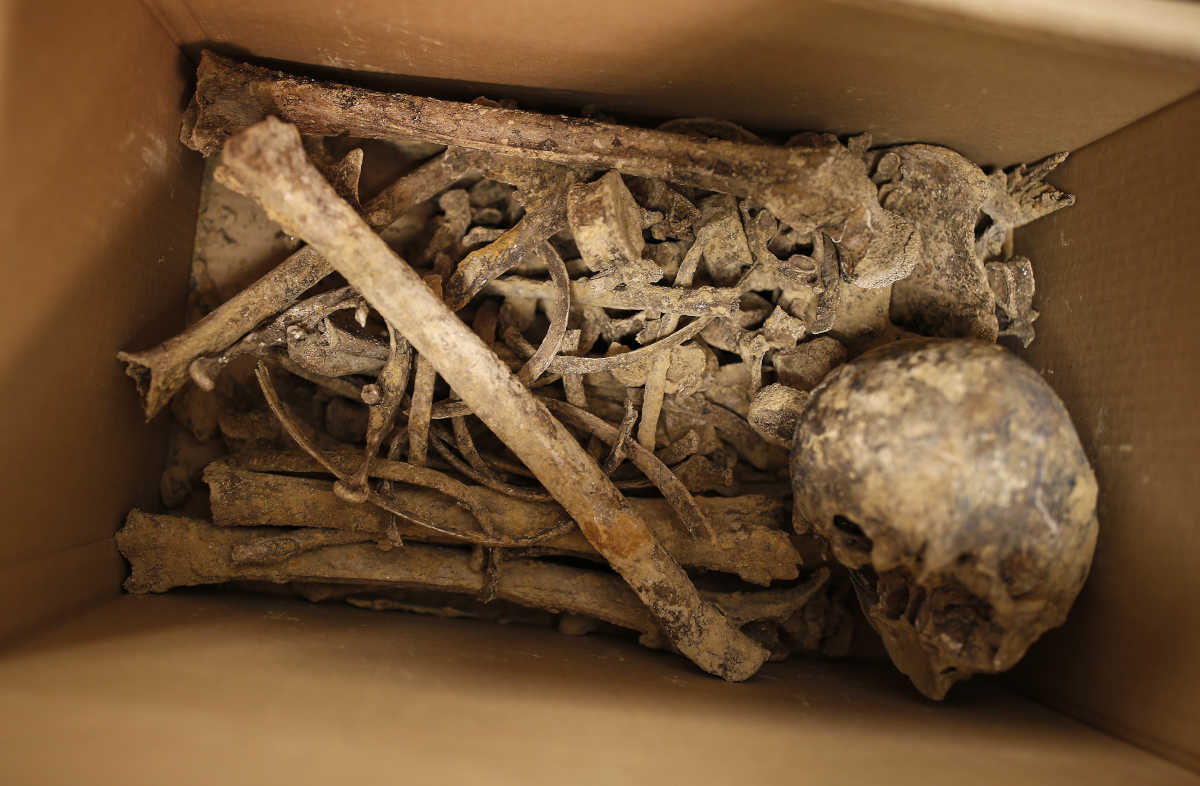 Now the boxes of bones number more than 100 — belonging to an unknown number of humans. More boxes than resources to handle them. More boxes even than can fit in one place. About 40 boxes are at Rutgers-Camden, and an additional 75 or so are in storage in South Philadelphia.


Some are coffins, unopened and packed hard with dirt and bone; some are the rough equivalents of a coffin, containing what was believed to be one set of remains; some are stray bones collected from across the site. 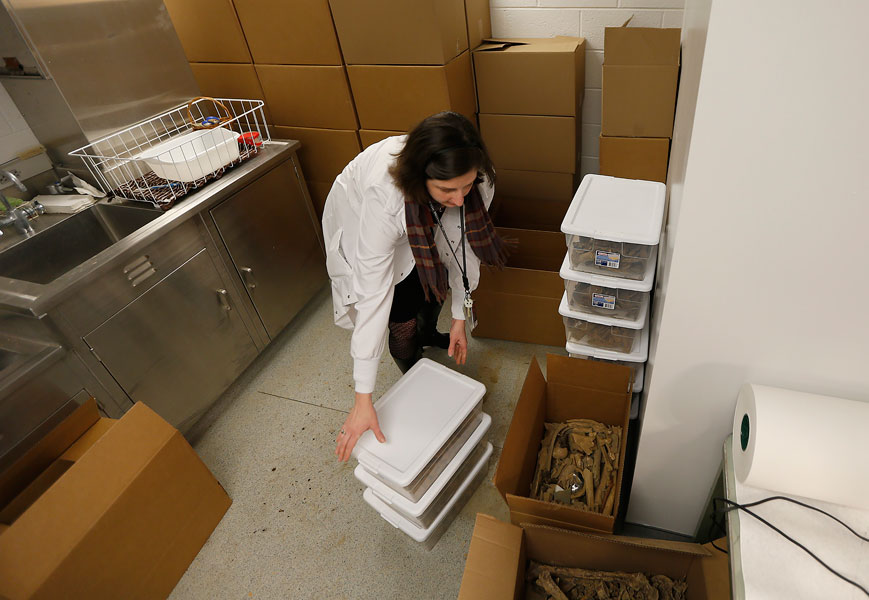 Late last year, a contractor for PMC Properties hit bones and gravestones while working on a 25-unit residential complex at 218 Arch St. Almost certainly left over from one of the city’s first cemeteries, the old First Baptist Church Burial Ground, the bones were saved and set aside.

The church sold its property in the mid-19th century; the burial ground, established in 1707, was supposedly moved to Mount Moriah Cemetery in Southwest Philadelphia in 1859. 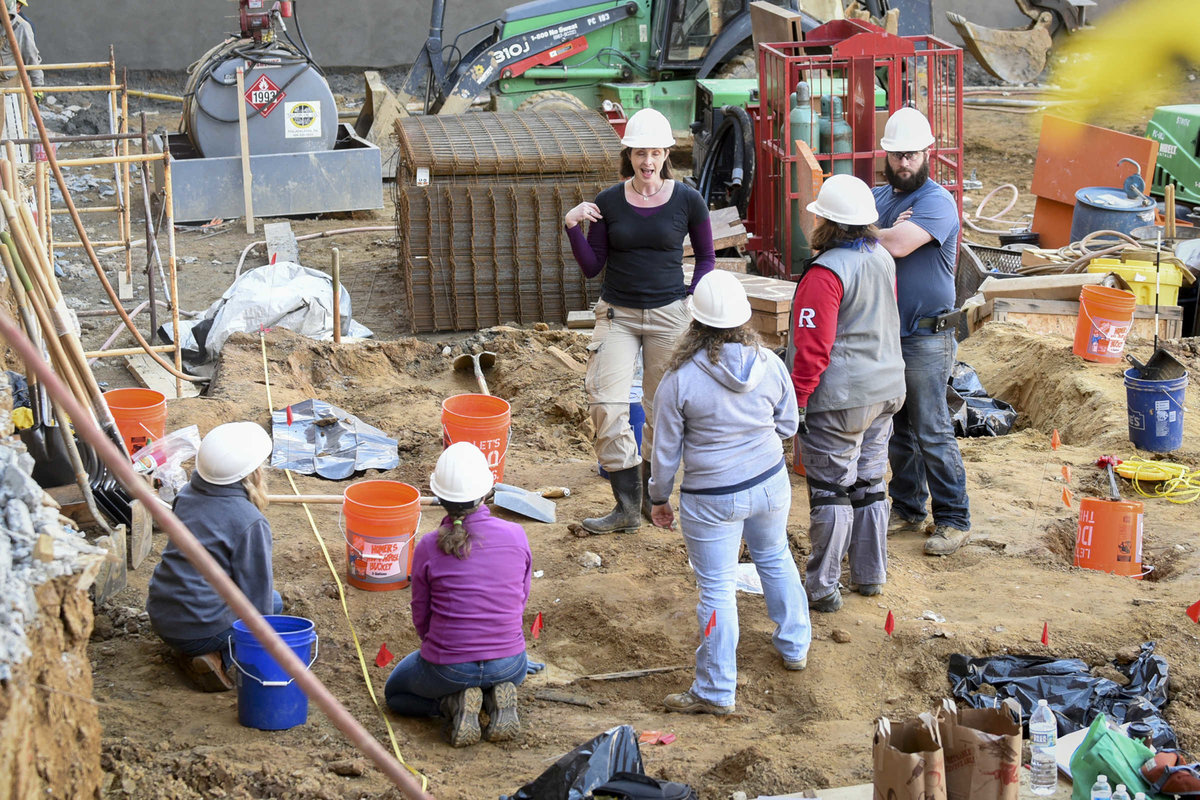 Moran and her team have three theories as to why so many bodies were left behind: the oversight was accidental; descendants may not have paid for some bodies to be moved; or an epidemic may have led to a mass grave that later workers didn’t feel comfortable touching.

So how many people are there? What happened to them? Who, exactly, was buried for so long without anyone knowing they were there?

Moran and Ani Hatza, a forensic anthropologist who teaches at Rutgers-Camden as an adjunct professor and is helping lead the project, aren’t sure they’ll get all the answers, but they’re going to try to solve these mysteries.

But first, they need to get the bodies together.

“Step one is to get the money,” said Moran,  who recently joined Rutgers-Camden to start a forensics program there. “Because you can’t even get the bones into a location until you can pay for it.”

Hatza said the work would take years — three to five, maybe — and perhaps longer, since the project will be used to teach. Students working off and on will take longer than full-time experts. 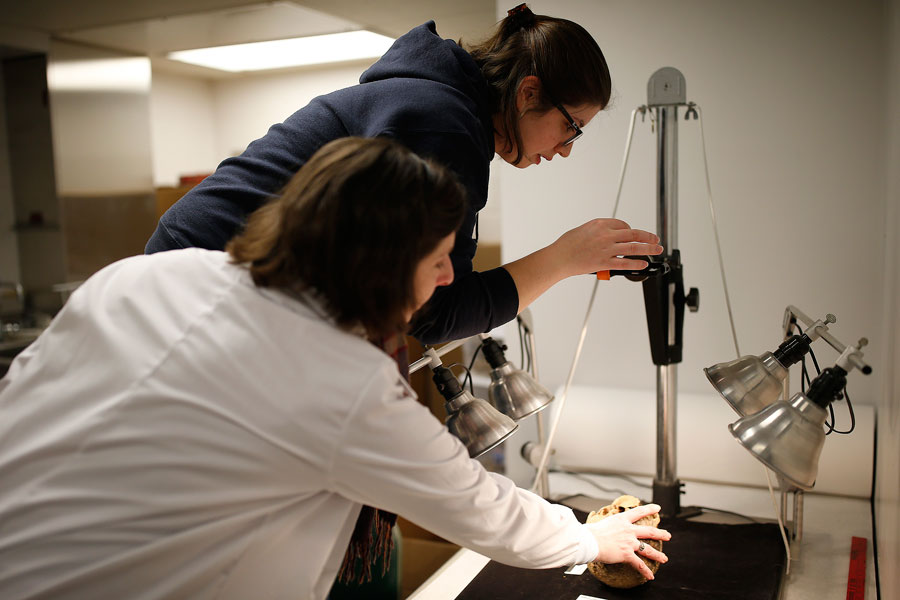 So far, Hatza and others have volunteered their time, which is unsustainable over the years of work ahead. “This is pro bono,” she said, “out of the goodness of my forensic anthropologist heart.”

Moran is seeking long-term funding through grants; the Mütter Institute has begun crowd-funding for $20,000 to support the project.

“So many supplies,” she said.

Once they have money, they’ll find a place to safely store the bones. The next goal is to sort out the bones to determine the minimum number of individuals.

To figure that out, workers will carefully inventory the contents of each box, documenting and photographing them. Then the bones are cleaned, if possible. Some may be so fragile they can only be brushed dry; others can be cleaned with a wet brush, then set aside to dry for days.

“Any sort of cleaning or processing is potentially damaging. So a lot of these are just going to get dry-brushed with a toothbrush or a paintbrush,” Hatza said. Recently, Hatza said, students had begun to wet brush some bones — “and the outer layer of bone just started peeling off.” 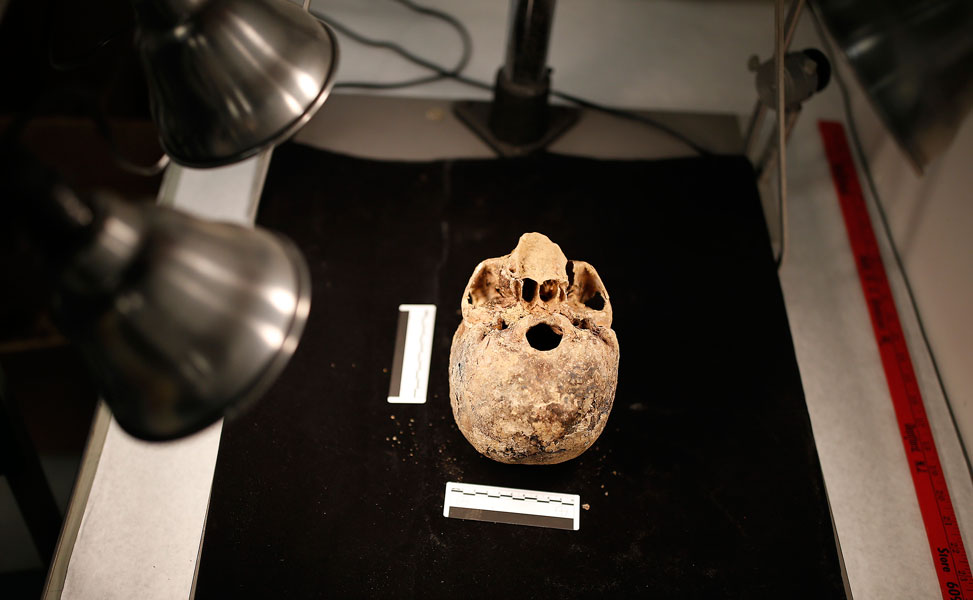 Once cleaned, the bones will again be photographed and inventoried, and the researchers will try to assemble them into complete skeletons.


“When you’re missing ends of joints and things like that, it becomes much, much harder to know,” Hatza said. “Did that go with that? Who went where?”

And that, ultimately, is the problem, Hatza said. The bones are so fragmented that in many cases, the team won’t be able to separate individuals and make the usual determinations of sex, ancestry, age at death, and any trauma that may have caused death.

“Determination is not going to happen here; it’s all going to be estimates, no clear-cut determinations. … In terms of identification, it’s sort of general classification at this point,” Hatza said.

The closest the team may come is finding usable DNA to compare to try to match to people who step forward as potential descendants.

“I’m never going to know that this was John Smith,” Hatza said. “It’s all going to be John and Jane Does, basically.”