Organizers expect 5,000 to 15,000 people in Philadelphia on Saturday to support the March for Science — a satellite event to the main march in Washington sparked by President’s Trump’s proposed budget cuts and statements on science.

“We were very fortunate,” organizer Janice Rael said of the level of support, both financial donations and volunteer help, that the Center City event has received.

About 5,000 people are already registered to attend, although anyone can come along.  Rael said she was told by organizers of other events that she should expect up to three times as many to actually attend.

Local organizers had a goal of raising $30,000 to cover costs, such as portable toilets.  They have held several fund-raisers.

“We’ve reached kind of a critical mass of the acceptance of science in popular culture,” said Rael, who is an organizer, not a scientist. “There are certain movements of anti-science people, like the anti-vacciners.

“We’re concerned under the current administration that there will be cuts to science funding and research. We want to reach out to people and say trust scientists, they are not shills.”

Rael, who lives in Gloucester County, is president of the Delaware Valley Chapter of Americans United for Separation of Church and State.

Philadelphia’s is one of more than 500 satellite marches planned, according to organizers for the main March for Science event, scheduled to start at 9 a.m. at the National Mall in Washington. The goal is to highlight the role that science plays in policy and to muster support. Organizers hope to create a permanent national organization.

Although the march is billed as nonpartisan, organizers acknowledge that the gathering is political in nature, with Trump calling human-caused climate change a hoax perpetrated by China (he later said he was joking) and proposing a budget that would devastate scientific agencies.

In Philadelphia, Saturday’s permit calls for marchers to assemble starting at 10 a.m. at City Hall, on the Juniper Street side. They’ll walk down Market Street at 11 a.m. and turn right onto Front Street. From there, they’ll march to Chestnut before turning toward Penn’s Landing, where a rally will run from about noon to 2 p.m.

Franny Price, executive director of Philly Pride Presents, is director of the march.  Derrick Pitts, director of the Fels Planetarium at the Franklin Institute, is one of several scientists and physicians scheduled to speak at the rally.

He said he is not speaking on behalf of the institute, but had accepted an invitation to address the rally because it’s critical that science continue to receive research money from government channels.

“I think it’s important for people to understand that science is everywhere around them and not just for a small cadre of people,” Pitts said.

Politics, he said, is not the point.

“When there are people involved, it’s always political,” Pitts said. “But science itself doesn’t have a disposition one way or the other.”

“At some point in everyone’s life, it gets to where you are absolutely dependent on science. It ranges everywhere from ‘I need to put my foot on this brake to keep from smashing into this truck in front of me’ … to someone saying ‘I’m at an age where hypertension is a fact of life, and I need to take this medication.’ ”

And key research in physics and medicine often relies on government funding, he said.

Stephanie Noblit, a medical laboratory scientist at the Hospital of the University of Pennsylvania, will be in the audience.  Noblit, 25, lives in University City and believes that this is an important moment for scientists. 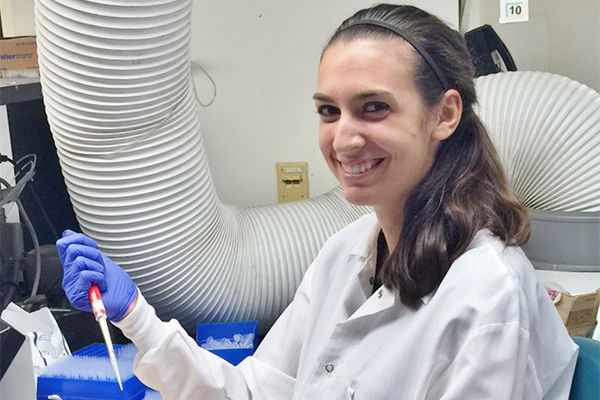 “I just want to go to the march to raise awareness of science,” Noblit said. “I’m concerned about the current political climate, that it’s become almost a war on science.”

She added: “It’s good for scientists to step out of the lab and raise their voice and be heard.”

Noblit said she’s particularly concerned about the federal budget’s potential impact on the National Institutes of Health and the Centers for Disease Control and Prevention.  She has friends across the nation planning to attend similar marches in their home cities.

Trump’s budget proposal, which faces stiff opposition in many areas from members of both parties in Congress,  includes cutting $5.8 billion from the NIH’s current $31.7 billion budget, as well as a major reorganization of the institute. It also proposes reforms for the CDC, with a $500 million block grant “to increase State flexibility.”

Although march organizers say climate change will no doubt be a topic, there is a separate climate march in Washington on April 29.

“I guess ideally science shouldn’t be a political subject,” Noblit said. “And unfortunately, it is. I am taking a personal political stand against this. I don’t like the current administration’s attitude toward science.”

The main speakers scheduled for Saturday are:

-Ted Daeschler, associate professor and curator of vertebrate zoology at the Academy of Natural Sciences of Drexel University.

-Paul A. Offit, director of the Vaccine Education Center at the Children’s Hospital of Philadelphia.

-Maurice R. Hilleman, professor of vaccinology and of pediatrics at the Penn’s Perelman School of Medicine.

-Derrick H. Pitts, director of the Fels Planetarium at the Franklin Institute.