A Delaware State Trooper died Wednesday afternoon after being shot in the parking lot of a Wawa in Bear, New Castle County, police said.

Cpl. Stephen J. Ballard, 32, served more than eight years on the state police, where he was assigned to Troop 2, Glasgow.

A suspect has been holed up in a house in Middletown, about 17 miles south, and has fired at police, officials said in a news release Wednesday night. Police attempted to use explosives to enter through the home’s front door, but have yet to enter the house. 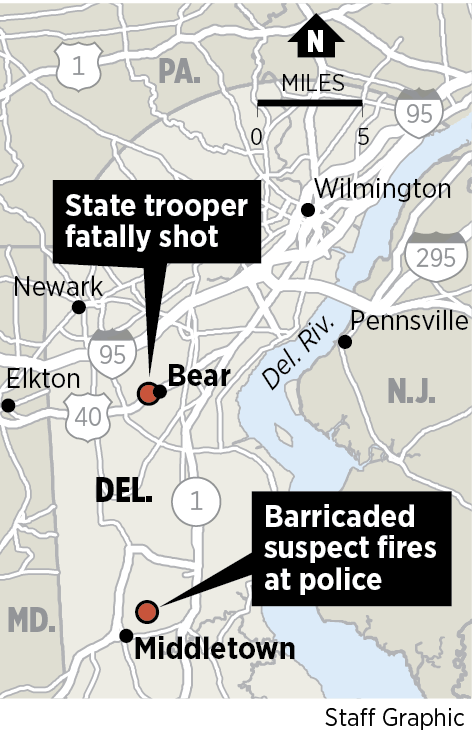 One of the suspects was taken into custody, while the other fled on foot.

During a press conference Wednesday afternoon, Delaware State Police Superintendent Nathaniel McQueen asked that the public keep the trooper’s family in their thoughts and prayers.

Bratz reported that multiple law-enforcement agencies had responded to the Brick Mill Farm Development in Middletown where a “male suspect has refused orders to surrender and continues to fire rounds at police officers.”

Stay with Philly.com as the story develops.