In a major step aimed at improving the survival odds for extremely premature infants, Children’s Hospital of Philadelphia researchers have created an artificial womb — a fluid-filled “BioBag” that kept fetal lambs alive and healthy outside their mothers until they could survive on their own.

The animals received oxygen through their umbilical cords and continued to develop much as if they had remained in the uterus, leading the team to express hope that the procedure could be tried on the youngest human preemies within three to five years.

The authors of the research stressed that they were not trying to enable the delivery of babies earlier than the current limit of viability, generally 22 to 23 weeks of pregnancy.

Instead, their goal is to provide a safe transition to the outside world for those infants, most of whom die under the current standard of care. Those who survive usually suffer from grave disability, such as chronic lung problems or cognitive impairment.

“It is very clear that they simply are not ready to be here,” said Emily A. Partridge, one of the study’s authors. 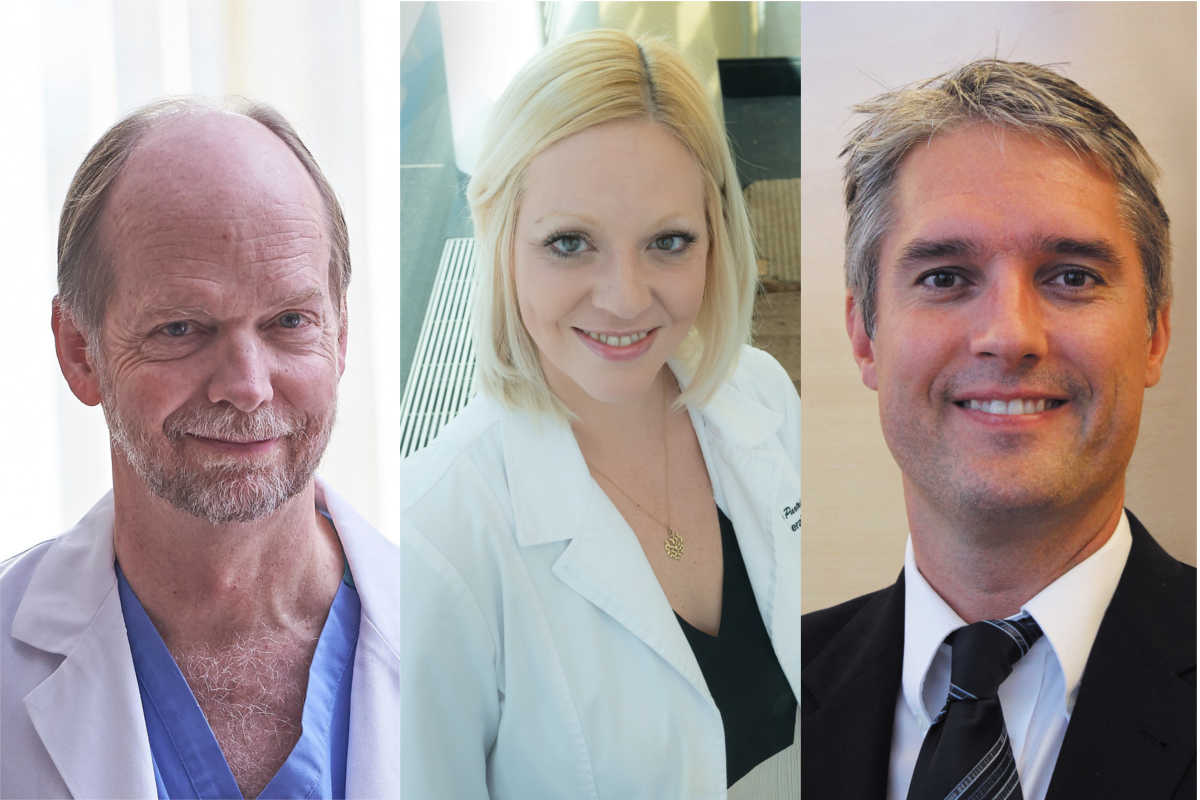 Physicians not involved with the research, published Tuesday in Nature Communications, hailed it as a big advance. Jay Greenspan, a neonatologist and chair of pediatrics at Thomas Jefferson University/Nemours, called the team’s efforts “heroic and monumental.”

Still, he cautioned that performing the procedure on extremely early human preemies will be a challenge, in part because they are one-third to one-half the size of lambs at the same stage of development. Most of the lambs in the study were removed from their mothers at the equivalent of 23 to 24 weeks’ gestation for human fetuses, which at that point are less than a foot long and weigh a little more than a pound.

“Surgeries become even more challenging because these babies are so small,” Greenspan said.

But George B. Mychaliska, who is developing a different type of artificial womb at the University of Michigan C.S. Mott Children’s Hospital, agreed that some form of device could be tried on human infants within several years.

Researchers have tried to create such a support system since the 1960s for premature lab animals — lambs are commonly used because they are developmentally similar to humans — but have struggled to accommodate their delicate, underdeveloped anatomy.


A primary problem is the lungs. In very premature lambs, as well as human infants, the tiny sacs that exchange air and carbon dioxide with the blood are not fully developed; the maturation process stops when the lung cells are exposed to air at birth. Currently, intensive-care teams use ventilators to force air into the lungs of the youngest preemies, often damaging the organs.

Years of tweaking led to the closed “BioBag” system, which recirculates sterile fluid and features water-tight ports to accommodate medical instruments. The fluid contains electrolytes for nutrition; future versions may include growth factors and proteins to prevent infection.

The lead “tinkerer,” as he refers to himself, was Marcus G. Davey, a fetal physiologist who talks like an engineer. Because he built the system from scratch, some of the parts came from unconventional sources.

“A lot of the equipment we have here in the lab is from Home Depot,” Davey said.

Since the animals’ lungs were immersed in fluid, much as with a fetus that remains inside the mother, the researchers needed to deliver oxygen.


Normally, fetuses get oxygen through the mother’s blood, via the umbilical cord. After delivery, however, the cord tends to spasm and contract, making access difficult.

The Children’s Hospital team solved this problem by devising an adapter that could be quickly attached to the umbilical cord moments after birth, allowing the insertion of a cannula so the lamb’s blood could circulate through an external oxygenator. Surgeons administered medication to prevent cord spasms, and also kept the operating room at a toasty 90 degrees, as umbilical cords are more likely to shrink in cooler surroundings.

Other researchers have tried a variety of different methods for delivering oxygen, generally with an electric pump. But that approach can overtax a premature animal’s circulatory system, leading to problems such as swelling and heart failure, Flake said.

Instead, the premature lambs at Children’s Hospital pumped the blood with their own hearts,  directing it through an external oxygenator — a device that serves the function of a lung. The latest generation of these devices exchanges oxygen and carbon dioxide across sophisticated, low-resistance membranes, so the tiny hearts had enough strength to push blood across them.

The protocol called for keeping the lambs on the system for no more than a month, supporting them until they (and someday, it is hoped, their human counterparts) could be successfully switched to a ventilator.

The team reported successful results with eight lambs.  Seven were euthanized so that the researchers could ascertain that they had in fact achieved normal development of the brain, lungs, and other internal organs. The other lamb grew into a sheep and appears normal.


The same is true for several additional lambs that received the treatment but were not part of the study published Tuesday, Flake said.

“We’ve bottle-fed them, we’ve grown them up, and they’re reasonably normal in every respect that we can tell,” the surgeon said.

In the United States, an estimated 30,000 births each year are defined as critically preterm, occurring at less than 26 weeks into the pregnancy. But the artificial womb would be an option only for those that are delivered by cesarean section, as the umbilical cord spasms quickly after a vaginal birth, Flake said.

Asked how much it would cost to sustain a baby in an artificial womb, hospital officials said it was too soon to speculate. But they said it would be more than offset by reducing the risk of long-term disability, which currently costs the American healthcare system billions of dollars each year.

Mychaliska, the Michigan physician who is working on an alternate technology, cautioned that with Children’s Hospital’s approach, parents would be asked to try the artificial womb without knowing whether their baby might be OK without it.

“Not every 24-weeker does poorly,” Mychaliska said.


In Michigan’s system, called an artificial placenta, physicians can first see if lambs will breathe on their own before hooking them up to the system. The animals’ lungs are then filled with fluid to allow further lung development; they are not immersed like the animals in Philadelphia.

Flake countered that if anything goes amiss with the Children’s Hospital approach, a premature animal can quickly be removed from the bag and placed on a ventilator like it normally would be.

The next steps for the Philadelphia team include one more study in animals, as well as creating a device with medical-grade plastics for eventual use on humans. The human system is designed to be as womb-like as possible; the babies would be kept in the dark, and they would hear recorded maternal heart sounds. Their parents would be able to see them via a “darkfield” camera, Flake said.

Children’s Hospital has funded the research itself; it declined to reveal the total amount.

The project began more than five years ago, when Partridge proposed it to Flake, convinced that there had to be a better way to treat extremely premature infants. Five years from now they hope to know the answer.