A Bucks County man who allegedly fled the scene of one accident in Doylestown, then slammed his car head-on into another vehicle — fatally injuring its  driver — was charged Friday with third-degree murder and related offenses.

Joseph Anthony Mancinelli Jr., 24, of the 2800 block of Bristol Road in Warrington, is accused of driving drunk on a suspended license, and recklessly causing the death of Patricia MacAllister, 68, of Doylestown. 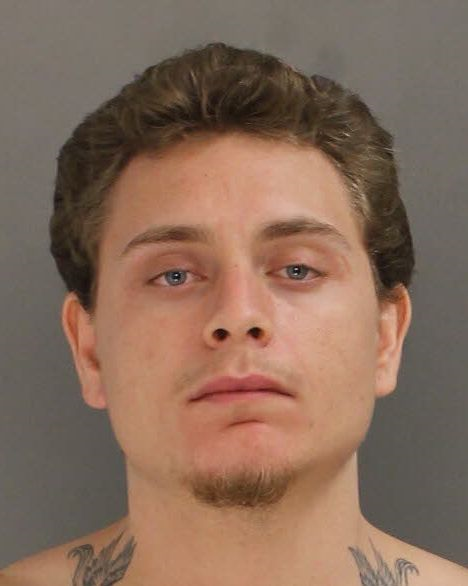 About 4:15 p.m. Thursday, Mancinelli was driving a Chrysler Cirrus sedan south on West State Street in Doylestown when he struck the rear of a silver Toyota Corolla that was stopped at a red light, according to the criminal complaint.

He allegedly fled and a short while later ended up on Sandy Ridge Road, near Cavallo Way, the Bucks County District Attorney’s Office said.


Mancinelli attempted to pass an SUV heading south on Sandy Ridge, illegally crossing the double yellow lines as he did so, the complaint says. That’s when he slammed head-on into MacAllister’s Hyundai XG350 sedan.

The driver of the first vehicle that Mancinelli allegedly struck had followed him and saw him get out of his car. As he did so, “he stumbled around the road and grass area until he laid down on the grass,” the complaint says.

MacAllister, who was unconscious, was taken by ambulance to Doylestown Hospital, where she was pronounced dead.

Responding officers detected an odor of alcohol from Mancinelli as he spoke, found that he was unsteady on his feet and had slurred speech, the complaint says.

Mancinelli was injured in the crash and was taken to Doylestown Hospital, where he remained Friday.

He is also charged with homicide by vehicle while driving under the influence and related offenses.