CNN just learned what it’s like to be on the wrong side of Bill Nye.

Appearing on Saturday’s edition of New Day to promote Earth Day and pro-science marches happening throughout the country (including Philadelphia), Nye didn’t appreciate that CNN booked him alongside Princeton physics professor William Happer, a science adviser to President Donald Trump and a climate change skeptic.

“I will say, much as I love CNN, you’re doing a disservice by having one climate change skeptic, and not 97 or 98 scientists or engineers concerned about climate change,” Nye said.

Nye is referring to the scientific consensus surrounding the fact that not only is Earth’s overall climate warming, it’s likely being caused by human activity. Here’s what NASA says on the subject, citing multiple peer-reviewed studies:

“Multiple studies published in peer-reviewed scientific journals show that 97 percent or more of actively publishing climate scientists agree: Climate-warming trends over the past century are very likely due to human activities. In addition, most of the leading scientific organizations worldwide have issued public statements endorsing this position.” 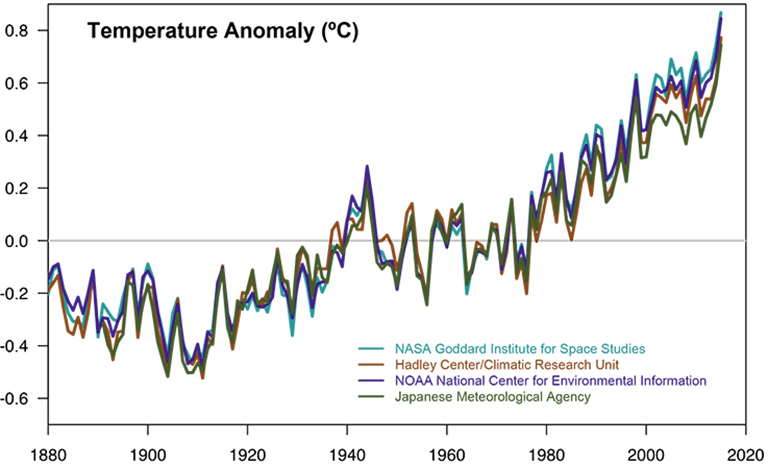 Harper is one of the 2-3 percent who don’t necessarily disagree that the Earth is warming, but are skeptical human activity is the leading cause of the change in climate. In fact, Harper has said in the past that the warming of the planet is actually a good thing, claiming that crops like wheat, rice, soybeans and cotton are handicapped because there too little carbon dioxide in the atmosphere.

“A dispassionate analysis of the science indicates that more carbon dioxide will bring benefits, not harm to the world,” Happer said during his testimony to the Senate in 2015.

During the segment, Happer once again attempted to make the case that the Earth is actually getting greener due to higher levels of carbon dioxide entering the atmosphere.

“There’s this myth that’s developed around carbon dioxide that it’s a pollutant. But you and I both exhale carbon dioxide with every breath,” Happer said. “It’s something that plants love. They grow better with more carbon dioxide, and you can see the greening of the Earth already from the additional carbon dioxide in the atmosphere.”


“That’s completely wrong,” Nye pointed out, noting that Happer was “cherry-picking a certain model” and that the consensus view of climate change “isn’t controversial in mainstream science.”

Multiple peer-reviewed studies complied over the past few years confirm that climate models are accurately predicting ocean and global warming. One study notes that since 1992, models have been within 3 percent of the actual measurements.

Nye compared the consensus around climate change to that of gravity, a fundamental bedrock of modern scientific thought.

“Sir, with some respect, I encourage you to cut this out so that we can all move forward and make the United States a world leader in technology,” a testy Nye said to Happer.

Happer wasn’t done. The Princeton professor surprised CNN host Victor Blackwell when he made and odd comparison between the 2016 Paris Agreement on climate change and Neville Chamberlain’s appeasement to Adolph Hitler.

“How is that an appropriate comparison?” a visibly confounded Blackwell explained?


“It is an appropriate comparison because it was a treaty that was not going to do any good,” Happer responded as an obviously annoyed Nye shook his head. “It will not make any difference and yet it will cause enormous harm to many people.”