Sarah Fuller’s doctor asked her to come in to discuss a new prescription for her chronic pain, but a drug company sales rep did most of the talking.

“She didn’t say anything about risk,” said David Fuller, who accompanied his 32-year-old daughter to the Cherry Hill medical office.

Sarah was given Subsys, a fast-acting opioid that is 50 times more potent than heroin. Fifteen months later, Sarah’s fiance found her dead in their home.

Now a lawsuit places ultimate responsibility for her death on Insys Therapeutics Inc., which makes Subsys, a brand-name version of fentanyl.

“Insys infiltrated the medical community with lies, misinformation, kickbacks and financial rewards,” according to the suit, which says the company routinely sent its reps to talk directly to patients.

Deaths from fentanyl have been surging, but nearly all of them are tied to illicit versions of the drug, which is cooked up by cartels overseas and mixed with heroin sold on the street.

Pharmaceutical fentanyl has been routinely  — and safely — used in surgery for decades. New brands have been approved in recent years specifically for “breakthrough cancer pain,” and they come with bold, black-box warnings and require prescribers to receive special training. Subsys is sprayed under the tongue, allowing it to be absorbed instantly through the mucous membrane for short but sudden pain spikes.

“I can’t imagine a reason to use transmucosal fentanyl for chronic pain management,” said Daniel P. Alford, a professor at Boston University School of Medicine and director of its opioid education program, who was not involved in Fuller’s care.

Fuller had suffered for a decade with head and neck pain from two nasty car accidents. She had to quit her job as a certified nurse’s aide when she could no longer lift patients, but was well enough to live with and care for her grandparents until they died.

Meanwhile, a series of painkillers took a toll on her kidneys. She went cold turkey several years ago, and her mother found her a new doctor, internal medicine physician Vivienne Matalon.

Sarah read and processed information slowly, the result of a developmental disability, and both  her parents accompanied her to the first meeting with Matalon in August 2014. Given her previous experience, the doctor “said she would keep her off all these drugs,” recalled her mother, Deborah Fuller.


But the physician began prescribing Percocet and OxyContin — both opioids — two months later, according to the lawsuit filed last week in New Jersey Superior Court in Middlesex County. The State Board of Medical Examiners, citing Fuller’s case and two other patients who stopped taking Subsys, suspended Matalon’s license last October.

Douglas C. Maute, an attorney representing Matalon, declined to comment, as did a representative of Linden Care, the specialty pharmacy named in the lawsuit. Insys Therapeutics did not respond to phone and email messages.

Sarah’s father recalled that the Insys sales rep described the drug as a treatment for chronic pain, never mentioning that the Food and Drug Administration approved it only for severe cancer pain. Sarah would have to take it every four hours, six times a day (her parents said she would set the alarm clock at night and would begin shaking if she was just a few minutes late). Monthly supplies would be delivered in big boxes by Fed-Ex.

Deborah Fuller said her disabled daughter was covered by Medicare, which paid more than a quarter-million dollars for Subsys between January 2015 and her death in March 2016. 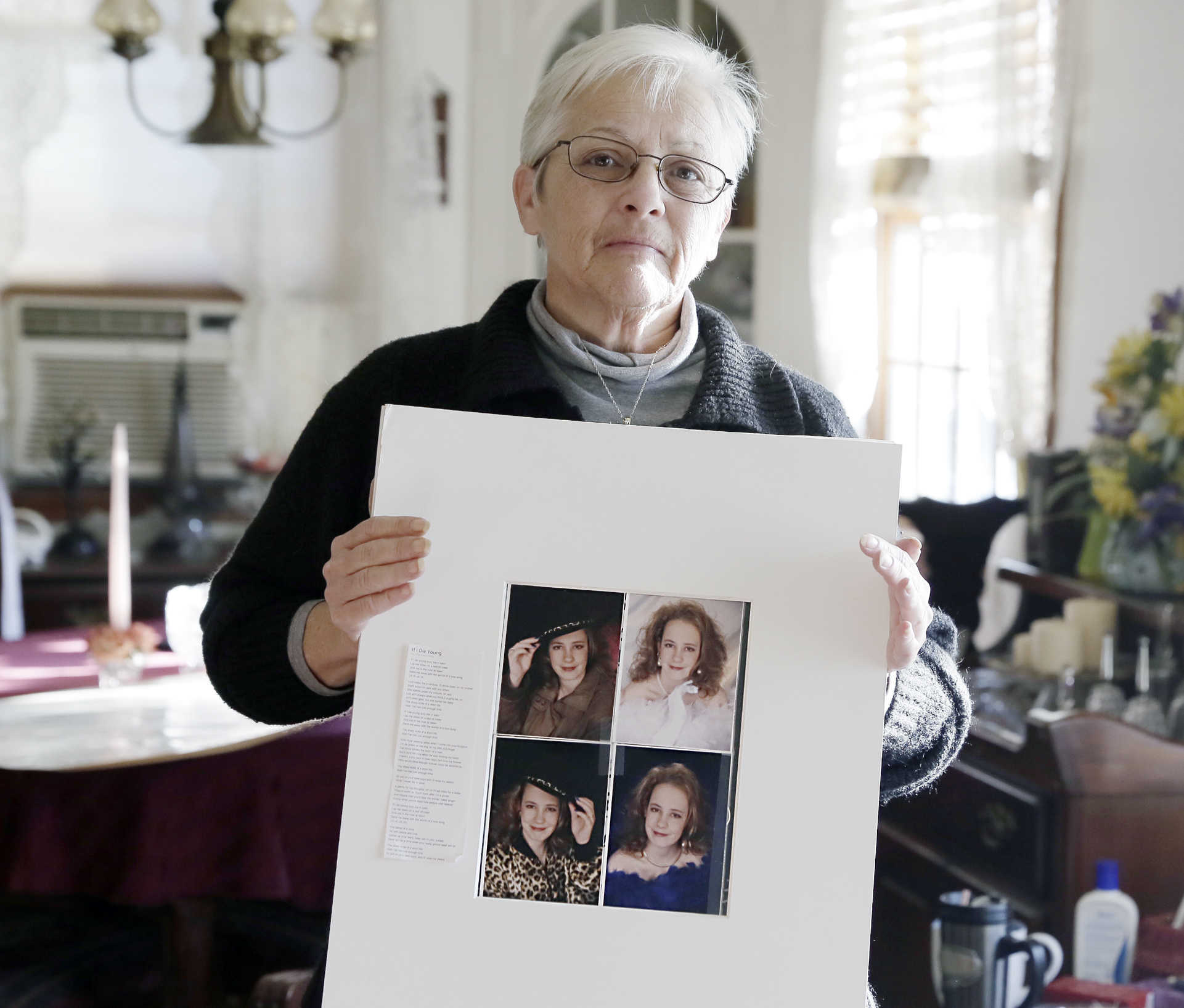 
Bioethicist Arthur Caplan was shocked to hear of a drug rep counseling a patient.

“I’ve never heard of such a thing,” said Caplan, director of New York University School of Medicine’s Division of Medical Ethics, who spent decades on the faculty at the University of Pennsylvania. The Fuller case, described to him by a reporter, was “like a triple ethics whammy,” he said, combining “a dangerous drug, a vulnerable person, and then an unqualified person taking on communication responsibilities.”

Insys Therapeutics trained its sales reps to speak directly to patients, according to a lawsuit filed last year by the Illinois Attorney General’s Office. The suit quotes a 2012 email in which an Insys supervisor tells sales reps to track when patients who might be switched to Subsys would be visiting their doctors, and then,  “ ‘… be in the office/when the patient is coming in (with coffee/bagels, etc.),’ to ensure the patient is prescribed Subsys.”

Several other state and federal investigations around the country have found that Chandler, Ariz.-based Insys or its representatives engaged in illegal marketing practices to drive sales of Subsys. Approved in January 2012 for a limited category of cancer patients, the drug exceeded $462 million in sales in 2015, the latest year available from QuintilesIMS of Plymouth Meeting, the data company formerly known as IMS Health. An estimated 80 percent of prescriptions were written “off-label” for unapproved uses.

Among the allegations against the company:


Subsys is the company’s only product on the market. Last week it won preliminary FDA approval for Syndros, a synthetic form of marijuana, after donating $500,000 to an organization that unsuccessfully fought the legalization of marijuana in Arizona, the Washington Post reported after analyzing campaign finance records. 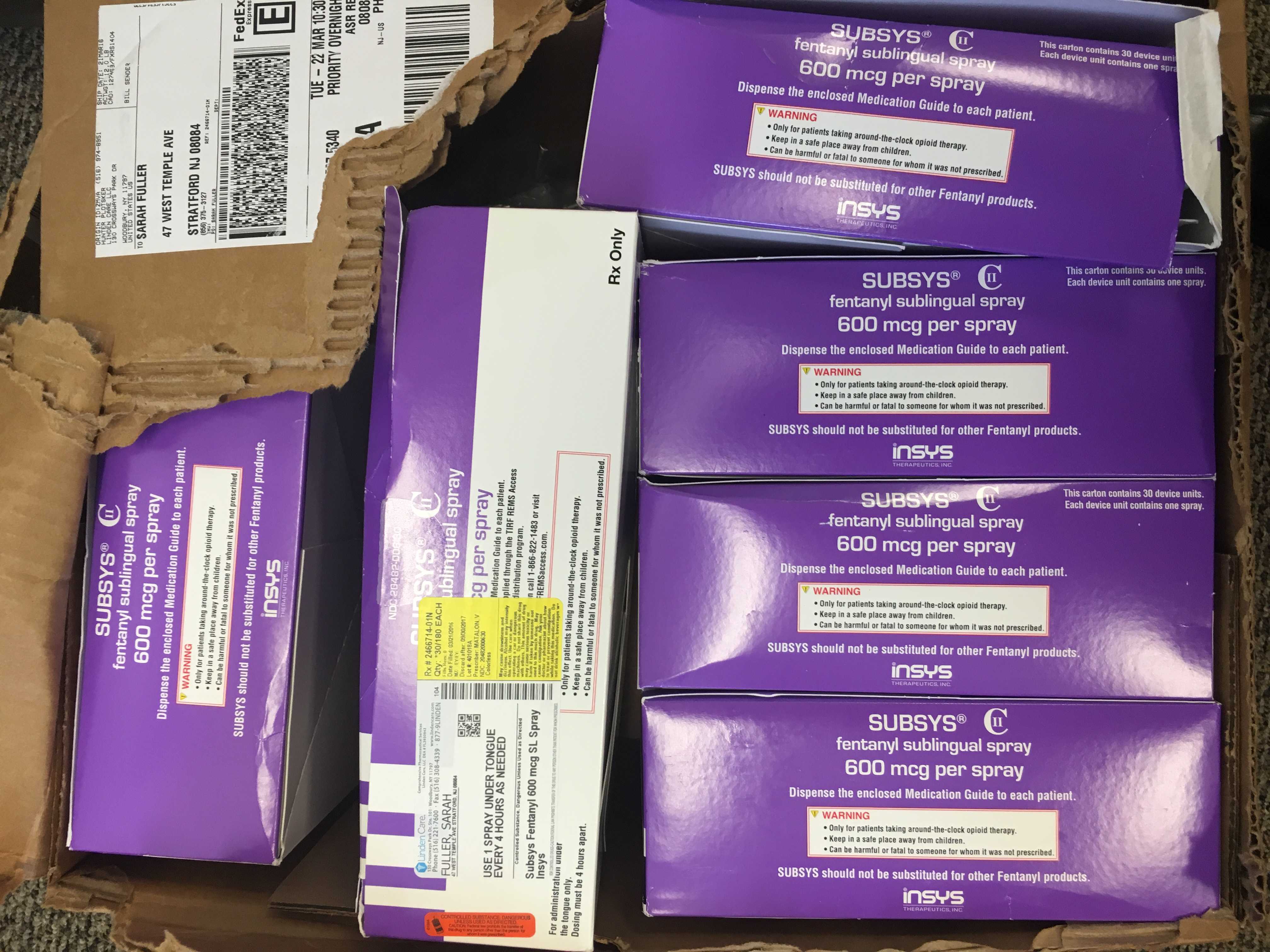 This week, Sen. Claire McCaskill (D., Mo.) announced a wide-ranging investigation of marketing practices behind the top five prescription painkillers sold in the U.S. in 2015, including Subsys. Her letter to Insys interim CEO Santosh Vetticaden said that evidence shows “an industry apparently focused not on preventing abuse but on fostering addiction as a central component of its business model,” and quoted a sales rep’s approach to patients as “‘Start them high and hope they don’t die.’”

Attorney Richard Hollawell, a partner in the Marlton firm Console & Hollawell, began targeting the prescription painkiller industry several years ago, after learning that two childhood friends from Northeast Philadelphia had died of opioid overdoses after seeing the same Center City doctor. When he found a document in another patient’s file that suggested inappropriate marketing of Actiq, another fast-acting brand of fentanyl, he filed suit last fall against Teva Pharmaceuticals, an Israeli company with U.S. headquarters in North Wales, Montgomery County, which had acquired the manufacturer.

That case was dismissed last Thursday, March 23, by a Philadelphia Common Pleas Court judge, who ruled that it was preempted by federal law; Hollawell said he plans to appeal.

He filed the suit against Insys, on behalf of Sarah Fuller’s estate, that same day. “It’s really a huge fraud that this pharmaceutical company has been involved in, from the top on down to field sales reps,” Hollawell said.

Deborah Fuller said she hopes that families whose loved ones are taking the drug for chronic pain will read her daughter’s story and act on the danger. Perhaps the lawsuit will get Insys’ attention, she said:

“Apparently since their major motivation is money, maybe this will make them take notice.”