In response to community pressure, the Philadelphia Police Department announced Monday morning that  two officers who shot an unarmed food delivery man will no longer work in the West Philadelphia district where the shooting took place.

“We respect and appreciate the concerns of the community, and are fortunate to have a strong relationship with the residents of the 18th District as well as the community at large,” said department spokesman Capt. Sekou Kinebrew.

Officer Mitchell Farrell, 30, has been reassigned to the Eighth District in Northeast Philadelphia, while Officer Kevin Hanvey, 28, now works in the Third District in South Philadelphia, Kinebrew said. The 2014 shooting by the two plainclothes officers, who were responding to reports of gunfire in the neighborhood, resulted in the city’s paying the deliveryman, Philippe Holland, $4.4 million. 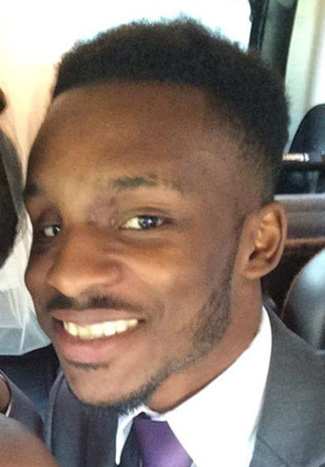 The reassignments come after four community organizations sent a letter Friday to 18th District Capt. Drew Techner calling for the officers to be fired, or at least be given duties that do not require contact with the public. The letter was in reaction to an Inquirer and Daily News article last week that examined the April 22, 2014, near-fatal shooting on Willows Avenue near 51st Street in Cedar Park.

“We are astounded that the Police Department is willing to allow these two officers to patrol our neighborhoods,” read the letter. “We are very uncomfortable and frightened that these two officers are on our streets. They have demonstrated that they are not good police and must be held accountable.”

Holland, 23, had just delivered a cheeseburger to a resident on Willows Avenue in 2014 and gotten into his car when he was confronted by the plainclothes officers, one holding a gun, the other a flashlight. Fearing they were robbers, he has said, Holland tried to drive away, prompting the officers to riddle his car with 14 bullets. One bullet struck Holland in the face and two hit a leg.

John McNesby, president of Fraternal Order of Police Lodge 5, last week told the papers that he stood by the officers and plans to file grievances to overturn the punishments and recoup the officers’ lost wages.

Farrell and Hanvey told investigators that they feared Holland was trying to run them over. Witnesses interviewed by the papers have contradicted those claims.